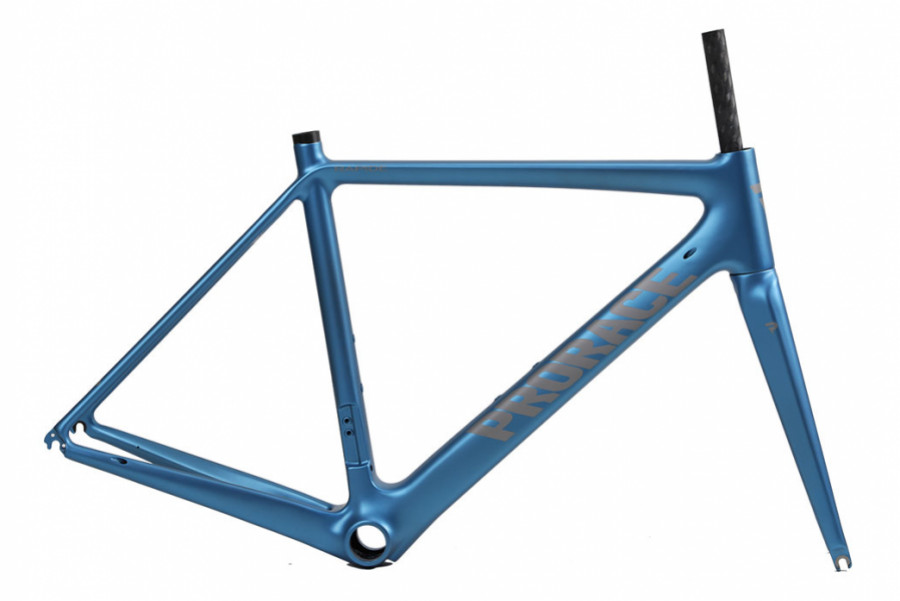 Up to 69% off Prorace Framesets

In another brilliant Merlin sale, you can get a new frameset at a massively discounted rate.

If you’re looking to build up a new bike before the nice weather comes then this is a great way to get started without dropping too much cash.

Up to 50% off saddles from Fizik, Fabric, Selle Italia and more

Prorace has everything from budget alloy frames that are perfect for training bikes right through to lightweight full carbon race frames.

The Rapide Carbon frameset looks very good to us. This all-rounder looks like it’ll build into a bike that is capable of racing, sportives and general riding.

A metallic blue paint job and subtle graphics make it look excellent while the ability to route both Di2 and mechanical groupsets internally means you have a wide range of groupsets available.

Prorace Frameset Sale
Save up to 69%

Prorace is an independent European manufacturer of racing bicycles and frames and quality is of paramount importance. Each step in the development process is therefore assessed to that core value. Above all, the love of the bike is the centre.

Merlin Cycles was initially a mail-order business started in June 1993 by John Moss in the spare bedroom of his house in Whittle Le Woods near Chorley. A few months later the company opened a shop premises in Ormskirk, Lancashire. In 1998 Merlin Cycles moved to larger shop premises in Leyland.

Merlin Cycles spent ten years on the Leyland premises. During this time they began designing their own mountain bikes, including the Rock Lobster steel hardtails and then the Malt aluminium hardtails.

From an original concentration on the UK mountain bike market, recent years has seen the company switch to catering equally for the increasing road cycling market. In 2008 the company moved to their current shop, warehouse and office premises in Buckshaw Village, Chorley.

In 2012 Merlin Cycles began as the sole importer of Dutch-based bike company Sensa. Merlin Cycles now have an exclusive UK deal with Sensa.

Great cycling deals to your inbox every week

The deals listed on this page are the best deals on the best cycling products we can find. If you purchase anything as a result of clicking on a deal, Farrelly Atkinson Ltd may earn some commission: on some we do, on some we don’t. Any money that we earn goes in to paying for road.cc and its sister sites off.road.cc and ebiketips.